What You Need To Know About Car Insurance In NL

Newfoundland & Labrador is constantly on the change, one of these has been the continual rise of the number of cars on the road and with these cars comes the need for cheaper auto insurance. Situated as the most Eastern province within Canada, Newfoundland & Labrador shares a long and rugged coastline with the Atlantic Ocean.

Made up of two main land masses, Newfoundland is a separate island to the east whereas Labrador is part of mainland Canada, to the North West. Once a booming region for the Cod industry in the 1990’s, Newfoundland & Labrador has now seen a shift over recent years thanks to a plentiful supply of natural resources and energy sources.

Purchasing car insurance is an important one, usually due to the high cost associated and as a result, some considerable thought goes into the purchase. This is no different when it comes to residents of Newfoundland looking for car insurance, one area where it regularly pays dividends in regards to research is to understand the average auto insurance quote for your area.

Newfoundland is one of the more fortunate provinces in Canada where drivers pay insurance premiums that are estimated to be below the Canadian average, as of 2016 the estimated average for residents of NL & Labrador was around $1,091. However, even with the expectation to pay a given amount it still makes sense to shop around and compare when it comes to car insurance, so check out the quotes we have for Newfoundland today.

Just like all other provinces within the country, having some sort of car insurance in Newfoundland is mandatory by law. By making insurance mandatory to all drivers the government has ensured that everyone is financially responsible for their actions when behind the wheel.

The above requirements are the bare minimum requirements to drive within Newfoundland & Labrador, however many drivers do also look to add some traditional optional benefits such as accident benefits coverage or even comprehensive coverage for complete peace of mind. Deciding what coverage best suits your needs can be a tricky decision so make sure that you’re willing to take whatever risk you can afford.

As with any other place in the world, unfortunately collisions are usually ever present while we still use cars and this is no different in Newfoundland. One thing that can be gauged to determine how safe it is to drive in any given place is the frequency of accidents compared to the number of drivers on the road and this is where NL could do with some improvement. According to Transport Canada, for every 100,000 drivers on the road in 2016 there was approximately 7.4 fatalities, which ranked Newfoundland ahead of the much more congested Ontario or Quebec.

Towards the end of 2017 there was a spike in the number of collisions in Newfoundland which began to cause some concern, with over 27 fatalities occurring before September. This prompted some insurance companies in the area to try and cash in on the “insane” driving culture that has taken control and up their cost of average premiums.

Finally, another thing that goes hand in hand with fatal collisions and collisions in general in the province is the appearance of Moose. For the most part when a Moose is involved in a collision, people will only suffer some sort of injury compared to a fatal accident. However, it’s safe to say that as long as there are roads in Newfoundland & Labrador there will be Moose too! If you are in an accident with a Moose or just want to know what to do if you are, you can find more information here.

How to Get Cheaper Car Insurance in Newfoundland

As with anything, who doesn’t love the feeling of getting a cheap deal? This is no different when it comes to car insurance, but getting cheaper car insurance can be a pain. Well, luckily there are a number of tips and tricks you can try, such as always trying to get a discount or remembering to shop around, comparing other quotes. You can check out different rates from a number of providers for insurance in Newfoundland by using our car insurance calculator.

Driving in Newfoundland: What You Need to Know

Most of Newfoundland is simple and straightforward to navigate when it comes to driving but nevertheless there a few roads worth avoiding in rush hour, which is why we’ve put together the following tips for driving in Newfoundland and St. John’s: 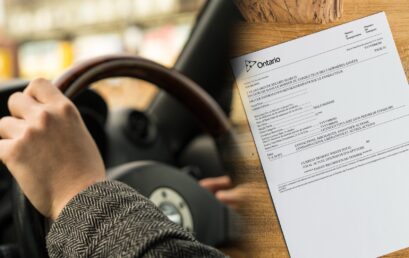 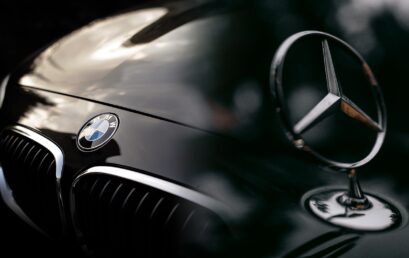