The Cheapest Cars to
Insure in Ontario 2020

Anyone can save money on car insurance, regardless of the type of car you drive!
3 Minutes Could Save You Up To $1000!
Enter Your Postal Code Above to Compare Quotes From Over 30+ Different Providers.

Here are the 10 cheapest cars to insure in Ontario from top to bottom:
Click on a car below for more information!

Compare Quotes And Save

Save Time and Money by Comparing Quotes from Over 30+ Different Providers.

The Toyota Corolla is known for its reliability and has a practical, everyday appeal; Toyota sells over one million Corollas every year, if you’re looking for proof of this car’s worth, there it is. The Corolla’s standard safety features are some of the best in its class, in fact features that are found standard on the Corolla are typically optional add-ons for other cars. One of the best things about the Corolla is peace of mind, it’s a car you really don’t have to worry about too much after you buy it. It may not be the fastest or most luxurious, but it’s incredibly reliable and it’s an excellent commuter car so unless you’re looking for something a little more fancy, you won’t regret purchasing a Corolla. 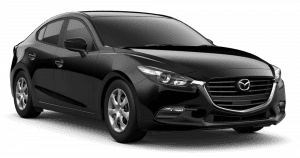 If you thought its impossible to find a sporty looking car that also has low cost insurance, think again. Mazda’s have always been known for being affordable and high-quality, the Mazda3 is no different. Being a small car it is know for having excellent handling, incredible fuel economy, and a smart interior design. So whether you’re on the highway or in the city, this Mazda will make you feel right at home. It’s a zippy little car that will do everything you need making it rather fun to drive, so just because your budget can’t afford a sports car doesn’t mean you can’t find a car that will feel like one. 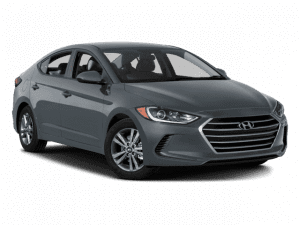 The Elantra is a top-of-the-line compact car, it’s stylish, fuel efficient, reliable, and safe. This car should absolutely be on your list of considerations of cheap cars to insure with decent engine power and a smooth ride. Usually cars in this class don’t have a lot of high-tech, but with the Elantra there is a wide variety of technology available and in fact, it has a very similar price point when compared to the more expensive Sonata. 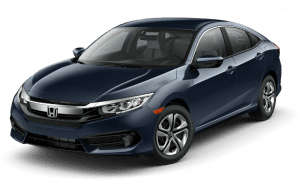 The Honda Civic is a tough one to beat. The Civic is constantly one of the best 4-door compacts on the market, it’s civilized, looks sleek with a ride that’s smooth and crisp. It genuinely gives a feeling of luxury which is surprising considering how cheap it is to buy and insure. They’re known for being very reliable and it’s fuel economy is top-class. And on top of that, it’s one of the cheapest cars to insure in Ontario. The Honda Civic is a great small car that’s been a consistent performer for a number of years.

The Chevrolet Cruze is a comfortable 4-door sedan with plenty of room on the inside and when it comes to standard features, the Cruze definitely has its fair share. The Cruze comes with an “Infotainment System” which is basically a touch-screen setup that will sync with your phone. It’s fuel economy is excellent making it an ideal car for all types of trips and perhaps the most appealing aspect of the Cruze for some people could be the price. The Cruze has one of the lowest starting prices in its class making it an excellent choice for budget buyers and its also one of the cheaper cars for insurance in Ontario. 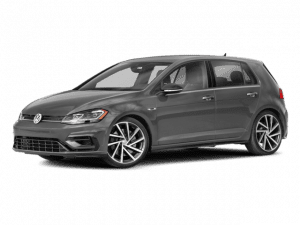 The Volkswagen Golf is a practical, German made hatchback. This reliable compact car is large enough for a family and kids but doesn’t break the bank when it comes to fuel consumption. One of the most interesting aspects of the Golf is the very diverse line-up on offer. For the sake of this analysis we looked at the costs on the standard model, but there are plenty of other models out there, such as the sporty wagon also available. Overall, the Volkswagen Golf is a reliable car with an affordable estimated annual driving cost that may just justify the additional price. 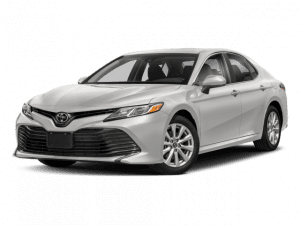 The Toyota Camry is easily considered one of the best mid-size cars on the market today, it seats the standard five people and has plenty of extra room within the interior. In addition, it also has a good sized trunk so you will have plenty of room for everyday errands and Toyota has a long history of being reliable. Finally, the Camry has consistently been awarded very high safety scores which can often be a deal breaker, when it comes to a family car. In regards to cost, the Camry is is a little bit more expensive to run and insure compared to other vehicles on this list but the other aspects mentioned certainly make that up.

With the Forte, Kia delivers exactly what you would expect from a compact car. It’s cheap, fuel efficient, has a roomy interior and in its class, it’s one of the cheaper cars you can find. The interior feels high-quality and has plenty of nice tech features. However, when it comes to safety, the Forte lacks some of the standard safety options some of its competitors have so you may have to look at having additional extras here. Even though adding the optional features will bring up the price, it could still be worth it depending on what you’re looking for. Despite these minor setbacks, the Forte is still a good value family vehicle worth considering. 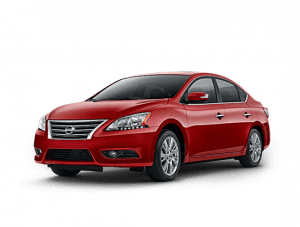 The Sentra is, by definition, a compact car, but has some midsize qualities on offer with a roomy interior space and a good sized trunk. This vehicle has a high rating for fuel economy and great safety ratings, making it one of the best performers within its class. It’s engine, however, tends to be a little less powerful which may deter some people but it isn’t necessarily a bad thing if your predominantly driving in a city environment. Of course, this doesn’t mean it’s a bad car, it’s very reliable, has top-notch safety scores and very high fuel economy. It’s overall an excellent everyday car but might be a little on the pricey side for insurance when compared to similar cars from its class on this list.

This is the second Volkswagen on the list, but unlike the Golf, the Jetta is a bit more expensive to insure coming in at the final position on our list. That being said it’s a 4-door compact car with good power for its size, as for the interior that is said to be rather bland and boring, but despite this, it is very spacious. While the Jetta may be more expensive overall, its features, safety, and reliability will make it the perfect fit for more than a few car owners.

Avoid Fines – If You’re a Canadian Driver, Make Sure You Are Insured

Avoid Fines - If You're a Canadian Driver, Make Sure You Are Insured Spread The Love Every year, thousands of uninsured motorists get behind the wheel of a motor vehicle in Canada. And in many [...]
Read more

Am I Insured If I Drive Someone Else’s car?

Am I Insured If I Drive Someone Else's Car? Spread The Love A common question that many vehicle owners ask when seeking insurance for the first time is whether or not other drivers are covered [...]
Read more

What is the Total Cost of Owning a Car?

What is the Total Cost of Owning a Car? Spread The Love This is the one. You’ve scoured the internet searching for the vehicle that checks all of your boxes: it has a manual transmission, [...]
Read more