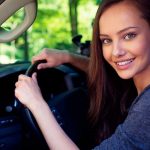 In 2009, Ontario instituted laws banning distracted driving. These laws principally ban cellphone usage while driving with the laws potentially resulting in citations that can result in higher insurance rates.

The new distracted driving laws punish drivers who use handheld electronic devices with there being an exception for people calling 911.

What Is A Banned Handheld Device?

The distracted driving laws are not specific about what devices are banned, but it includes pretty much every kind of electronic device a person would use while driving. It includes the following devices: 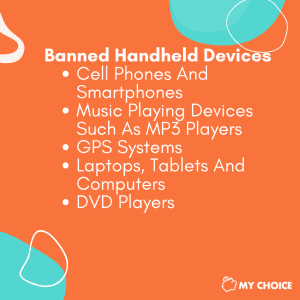 What Are the Punishments Under the New Ontario Distracted Driving Laws

Novice drivers will receive increased punishments for distracted driving with it potentially preventing them from graduating to a full license.

Is a Hands-Free Systems Allowed?

Ontario’s distracted driving laws only cover holding or manipulating a device while driving. This means that drivers can use a hands-free system that does not require them to touch their device. Drivers are not allowed to hold and scroll through their phone while activating something such as a speaker system as that is a very dangerous situation where the driver’s eyes are not concentrated on the road.

The ultimate collision from these statistics is that it is best to simply not talk on the phone while driving with the habit allowing you to avoid a collision along with higher insurance rates that come with filing a claim.

Can Drivers Use Their Phones At Stop Signs?

Drivers are not allowed to use their phones even at stop signs.

This is because distracted drivers are likely to not notice when the stop light changes. They also may not be aware of conditions at an intersection such as pedestrians or cyclists.

Can Drivers Use Their Phones When Parked?

Yes, drivers can use their phone when parked and it is strongly recommended for drivers to do this when they need to use their phones. Although drivers are allowed to dial 911 while driving; it is recommended that they still pull over to make the call. Drivers who are on something such as the 400 freeways are recommended to pull off into a rest stop to dial 911 if they can spare the time safely doing so.

Can Drivers Eat While Driving?

Ontario’s distracted driving laws are specifically about handheld electronic devices, but those who eat while driving can receive a ticket because they are engaged in an act that may harm other drivers.

People who are involved in a crash while eating and driving may face significant penalties including a fine of two thousand dollars, up to six months in jail, and six points on their license. They may also have their license suspended for up to two years.

Headphones are considered a hands-free device, and so driver can wear them while driving. Drivers may face penalties under the move-over law, which requires drivers to move out of the way of emergency vehicles. Drivers who play extremely loud music may not be able to hear an emergency vehicle, which may result in fines. In addition, drivers who are found to be wearing headphones while involved in a crash may be found to be at fault. It is recommended that drivers only wear one headphone while driving.

Statistics On Distracted Driving In Ontario

The Ontario Provincial Police estimate that distracted driving has resulted in 38 deaths since 2013. This is higher than impaired driving, which has caused 19 deaths during the same timeframe.

Collisions, injuries, and deaths from distracted driving is expected to continue to rise due to increased smartphone usage with older demographics increasingly using their phones while driving.

Other studies confirm how dangerous distracted driving is. A driver takes their eyes off the road for an average of five seconds when reading is sending a text message. A car can travel up to a hundred yards at highway speeds during those five seconds.

To go along with distracted driving we have a comprehensive overview of the rules and regulations regarding cannabis legalization and driving in Ontario.